As reported by the Orange County Register, the  solar power industry posted a hefty 67% growth for 2010 and 60 % for part of 2011. Below article shows the basics of how solar power works. To read  more , click on the link below:

blackhawk74@yahoo.com
Posted by Unknown at 11:46 PM No comments: 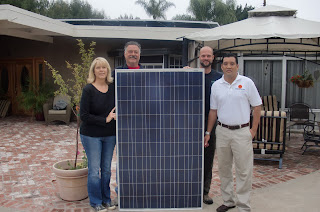